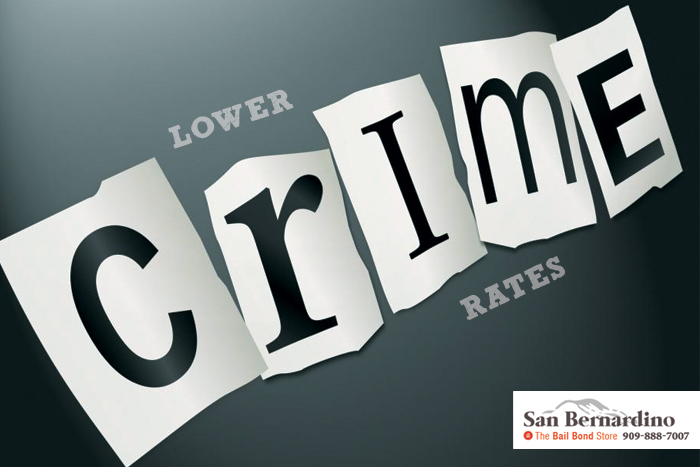 The city of Los Angeles, California is one of the largest cities in the entire United States. The city is home to just under 4 million people, making it the second largest city behind New York City, which has 8.5 million citizens. Chicago comes in at third with just shy of a population of 3 million.

Needless to say, having that many people in close proximity to one another can create a lot of problems. Crime rates are always much higher in densely populated areas in comparison to more rural areas. This is due to the larger amount of people in big cities. As cities grow, it is only natural for their crime rates to rise as well.

When a large city is actually able to decrease its crime rates that is a very big deal. Los Angeles recently announced that in 2018, crime rates in the city actually dropped to their lowest in a very long time.

What Are Crime Rates?

For those unaware, crime rates are simply a measure of the crimes committed within a specified area. Crime rates for the same area can vary depending on who conducted the study and report. This is due to the fact that different studies might only look at certain types of crime.

By monitoring crimes rates, cities are able to determine how well some of their initiatives and programs are functioning. If crime rates go up from year to year, they may consider a more aggressive strategy to combat that. If crime rates go down, then they know they have found a solution that works.

Los Angeles Crime Rates Are Down

At a recent news conference, LA Mayor Eric Garcetti made the astounding announcement. According to Garcetti, crime in Los Angeles is down in every category. Last year, there were 259 homicides within the city, which is an 8.2% drop from the year before. Meanwhile, rapes were down 12.4%, gang crimes decreased by 8%, and lastly, property crimes decreased by 2%.

All of this decrease in crimes puts crime rates within the city at their second lowest in 50 years. While 259 homicides may seem like a lot, a person needs to compare this number to what it used to be. Consider when murders in the city peaked in the year 1992. There were 1,092 homicides that year alone. This new statistic is a drastic decrease from the old one. Both violent and property crimes are down by around 60% since the early 1990’s. This is an impressive feat, considering the fact that the city is not shrinking by any means.

In comparison to other cities, Los Angeles is doing remarkably well. For the year of 2018, several other large cities around the country saw many more homicides. For instance:

Los Angeles Police Chief Michel Moore stated that this is one of the safest times to live in the Los Angeles. Both Garcetti and Moore credit an increase in police diversity, gang interventions, and more street patrols as factors for the decrease in crime rates within the city.

By monitoring crime rates year after year, a city is better able to decide what strategies are working and which ones are not. Crime rates also help show how far a city has come in helping make it citizens safer. Just look at how far Los Angeles has come since the early 1990’s when crack cocaine usage was at its highest.

The year of 2018 saw a nice drop in crime throughout LA, which is great news for all of the city’s residents. If this trend continues, you can bet that other cities across the state, and even the rest of the country, may begin to follow some of the city’s crime fighting strategies.

Finding a company who provides excellent customer service for you during a stressful time can really make a big difference ...
Read More

It’s one thing for your family to know you need help, but it’s another for you to admit and ask ...
Read More

The Quickest Way To Getting Your Loved One Out Of Jail

Sitting in jail makes time seem like it stops when really, only minutes have passed by. Wouldn’t you rather be ...
Read More

Sealing A Juvenile Record Is Like Getting A Fresh Start

The most rebellious years are the ones lived as a youth. If a teen gets into legal trouble before they ...
Read More