San Bernardino Bail Bond Store is a family-owned bail company. We treat our agents and clients like our own family so you know how much you and your loved ones means to us. 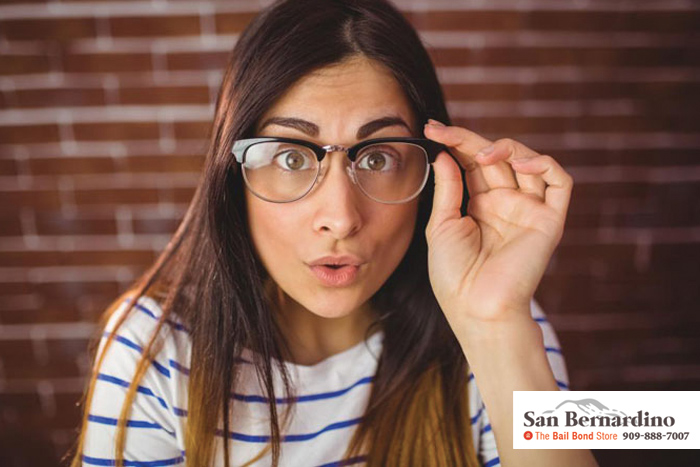 Did you know that there is actually a difference between a bail and a bail bond? Most people seem to think they are the same thing, which is understandable since most people do not need to worry about bail. However, you have now begun to look into the matter because one of your loved one’s got arrested.

What you have found online has done nothing but confuse you, so let San Bernardino Bail Bond Store try to clear some things up for you.

Bail:
Bail is the amount of money needed to get someone out of jail. The amount is determined by a judge using a bail schedule, which is simply a list that says what crimes get what bail amounts. A bail needs to be paid in cash, up front, before your friend or family member can be released from jail. Bail can also be used as the actions of getting someone released from jail.

Bail Bond:
A bail bond is what you get when you use a bail agent to bail your loved one out of jail. You pay the bail agent a premium, which is only 10% of the person’s bail in California, and then the bail agent puts up the bail money for you. A bail bond can be paid through a variety of different methods, all depending on what the bail bond company accepts. Only a down payment needs to be received to get your loved one released from jail, and then you continue to make payments on the remaining amount.

Bail Agent:
A bail agent is someone who is licensed to bail people out of jail. He or she has gone through training and knows how to help clients rescue their loved ones from jail.

Bail Bondsman:
A bail bondsman is the same as a bail agent. The two terms are used interchangeably.

Bail Premium:
A bail premium is the money that you pay to a bail agent, the 10% of the bail (in California), to get your loved one released from jail. Bail premiums are not refunded after the trial, since they are considered payment for the bail agent’s services.

Bail Bond Company:
A bail bond company is a company that specializes in bailing people out of jail. At San Bernardino Bail Bond Store, we have dozens of bail agents working all over the state of California. They work together to help you bail your loved out of jail.

Bail Bond Process:
Bail bond process are steps a bail agent goes through to get someone released from jail. This can vary slightly from company to company, but it should be almost the same throughout the state of California.

There are so many terms for bail bonds that we like to use in the industry, but you very rarely seen them explained. That is why we offer FREE consultations for all potential clients at San Bernardino Bail Bond Store. Our friendly bail agents will be more than happy to answer any questions that you might have about the bail bond process. Feel free to ask them about our zero down bail bonds to see if you qualify.

San Bernardino Bail Bond Store is a family-owned bail bond company. We treat all our agents and clients like our own family so you know how much you and your loved ones means to us. We want to reunite you and yours today, so give us a call. We are always available and ready to help you 24/7.

Call San Bernardino Bail Bond Store at 909-888-7007 or Chat With Us now and get bail bond service you can trust.