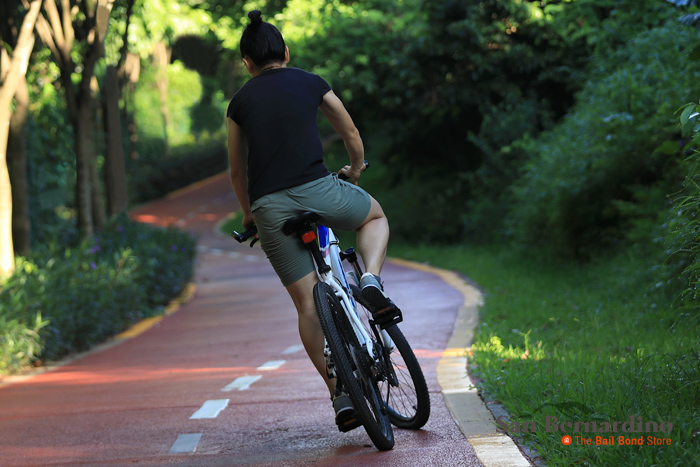 Do you spend a lot of time biking in California? If so, there are some California bike laws you’re probably not familiar with.

Did you know that as a cyclist, you’re not supposed to stop your bike in the middle of a crosswalk? When you’re on a bike, you need to treat it the exact same way you would if you driving a car. Instead of pulling into the crosswalk, you’re supposed to stop at it. This gives pedestrians the opportunity and space needed to use the crosswalk.

Prep Your Bike For Nighttime Rides

If you’re cycling at any time between dusk and full-on morning sunlight, you need to have your bike properly equipped with enough equipment that motorists can easily see your bike. It’s not enough to simply rely on the reflectors the bike came with You should also have a red solid or flashing light attached to the back of your bike that can be easily seen from a distance of 500 feet away. On the front of your bike, you need to attach a white light that not only helps with your visibility but can also be seen from 500 feet away.

Ideally, you should wear clothing that has reflectors on it as well.

You see it all the time, cyclists cruising along with headphones in their ears, taking advantage of their ride to listen to audiobooks, songs, and podcasts. What you probably don’t know is that you can’t legally have two ears full of earbuds or be covered by a headphone while you’re cycling. CVC 27400 states that you must leave one ear uncovered while you’re riding your bike.

Stay Away from that Oversized Bike

If you think it’s okay to send your child out on the bike they haven’t quite grown into, or you’re tempted to purchase a massive bike you’ve been admiring each time you visit your favorite bike shop, you need to think again. California’s bike laws prohibit you from operating an oversized bicycle on public roads. CVC 21201(c) states that, “no person shall operate upon a highway a bicycle that is of a size that prevents the operator from safely stopping the bicycle, supporting it in an upright position with at least one foot on the ground, and restarting it safely.

Were you familiar with these bike laws?