Can I Get Into Trouble for Disobeying a Police Officer? 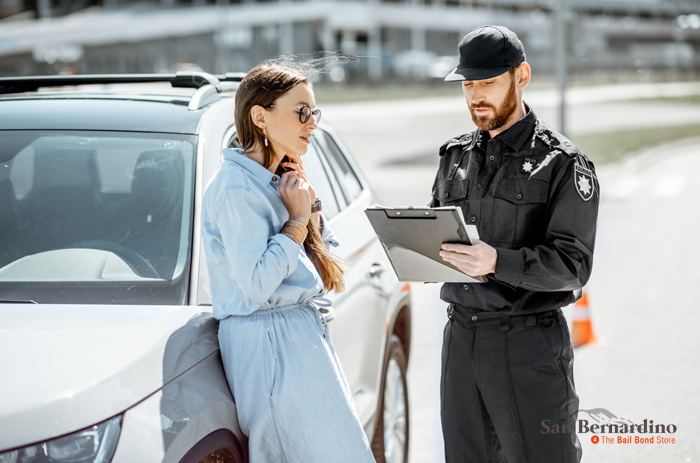 04 Apr Can I Get Into Trouble for Disobeying a Police Officer?

Humans are funny. Whenever we’re given an order, we have an almost overwhelming compulsion to rebel against it. While rebellion is okay in certain situations, when that order comes directly from a police officer, it’s in your best interest to ignore your instincts.

The vast majority of us will only be put in a position of having to decide if we want to obey or disobey a police officer following a traffic stop. In many situations when a person does decide to ignore the police orders it’s because they have a feeling that by following the orders, they will be facing far more trouble than a simple traffic ticket.

Many of us don’t realize that failing to follow a police officer’s order is more than simply being stubborn. In legal terms, you’ve broken a law. In this case, the law you’ve violated is Vehicle Code 2800 CVC.

“(a) It is unlawful to willfully fail or refuse to comply with a lawful order, signal, or direction of a peace officer, as defined in Chapter 4.5 (commencing with Section 830) of Title 3 of Part 2 of the Penal Code, when that peace officer is in uniform and is performing duties pursuant to any of the provisions of this code, or to refuse to submit to a lawful inspection pursuant to this code.

(b) (1) Except as authorized pursuant to Section 24004, it is unlawful to fail or refuse to comply with a lawful out-of-service order issued by an authorized employee of the Department of the California Highway Patrol or by an authorized enforcement officer as described in subdivision (d).

(2) It is unlawful for a driver transporting hazardous materials in a commercial motor vehicle that is required to display a placard pursuant to Section 27903 to violate paragraph (1).

(3) It is unlawful for a driver of a vehicle designed to transport 16 or more passengers, including the driver, to violate paragraph (1).

(c) It is unlawful to fail or refuse to comply with a lawful out-of-service order issued by the United States Secretary of the Department of Transportation.

(d) “Out-of-Service order” means a declaration by an authorized enforcement officer of a federal, state, Canadian, Mexican, or local jurisdiction that a driver, a commercial motor vehicle, or a motor carrier operation is out-of-service pursuant to Section 386.72, 392.5, 392.9a, 395.13, or 396.9 of Title 49 of the Code of Federal Regulations, state law, or the North American Standard Out-of-Service Criteria.”

Failing to follow the police officer’s orders is a misdemeanor in California. It’s often attached to other charges that can include:

It’s important to note that you can only be charged with disobeying a police officer in California if they are in uniform, carrying a badge, and actively on duty. If the officer is off-duty, they are a regular citizen and you’re not under any obligation to follow their orders.

California’s legal system does have a loophole in cases that involve disobeying a police officer. This loophole is called the necessity defense which is when the accused is able to provide sufficient evidence to show that they had just cause to disobey the order. An example of this is that they were in the middle of an emergency, such as driving someone to a hospital, and possibly that they there were pulled over in an area that had a recent reputation for fake police officers and false arrests.

All things considered, unless you’re genuinely concerned for your safety, it’s in your best interest to follow police orders to the best of your ability.