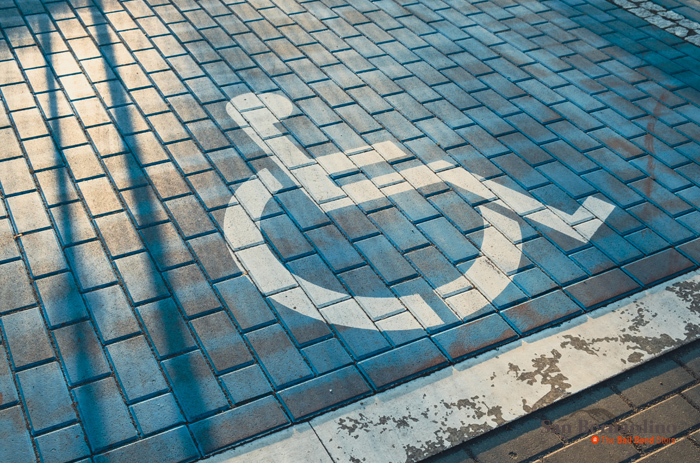 It’s so frustrating to drive all around a parking lot and not find any empty places to put your car other than a handful of spaces that are reserved for handicapped parking. All of us are tempted to slide into one of those spaces, especially when we only need the spot for a short time, at one point or another. The reason we don’t is because there is a heft ticket attached to doing so.

While the ticket for parking in a sport that has been set aside for handicapped parking is all it takes for most of us to keep looking for a space at the back of the lot, some people look for a different way to use the prime parking spaces. They create/steal/borrow a placard and use it whenever they want to park close to the building. Few realize just how much trouble they’ll get into for the action. If you’re caught, you could go to jail.

The law that deals with the misuse of a handicapped disability parking placard is California’s vehicle code 4461 VC.

The law does an extremely good job of making it clear that anyone who hasn’t been issued a disabled parking placard is not allowed to use it. When you read through the law, you’ll learn that you:

Most people who get into trouble for using a handicapped parking placard when they aren’t supposed to assume that they will be given a ticket and a hefty fine. They’re partly correct. What many don’t realize is that the illegal use of a disability placard is actually fraud and is against the law. Instead of getting a relatively simple citation, you’ll actually be charged with a misdemeanor. If you’re convicted, you could be sentenced to some jail time.

The reality is that most people who are convicted of the illegal use of a disability placard aren’t sent to jail. Some are required to do some community service and pay a fine. What catches some people off guard is how large a fine they will have to pay. The maximum fine for the illegal use of a handicapped parking placard is $1,000. If the judge does decide to include some jail time into your sentence, you could be ordered to spend as much as six months in a county jail.