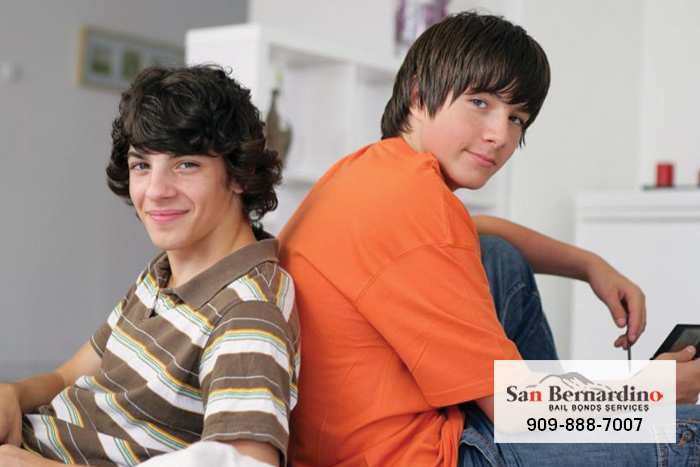 In most U.S. states, if a person under the age of 18 commits a crime, he or she is tried as a juvenile. (There are some states where the “adult” age is 16 and yet there are some extreme cases where a child under 18 will be tried as an adult.)

While juveniles have special protections:

They do not all the same constitutional rights as adults.

The ultimate goal is not to punish the child, but instead to rehabilitate them so they can be successful in their adult life.

Since juveniles do not post bail, we at San Bernardino Bail Bond Store of course cannot offer a bail bond for your child. Juveniles are actually lucky they don’t have the right to bail – the way they are treated in the legal system is much better anyway.

However if you ever do need our services in the future (but we hope you don’t!), please give San Bernardino Bail Bond Store a call at 909-888-7007.